IX. The Decline of Culture

We have already noticed (Chapter IV.) that Roman culture at the beginning of the Christian era was running to seed, and that its wide diffusion in Western Europe, where it imposed itself en bloc, failed to produce any vigorous hybrid growths. Unlike other civilisations which have been invigorated by a period of storm and stress, that of the western Roman Empire had become too stereotyped to adapt itself to any big change of environment; and the changes brought by the events of later Roman history were all for the worse. The economic decline, as we have seen, was in itself fatal to the survival of a high civilisation. Besides, the decay of city life which accompanied the economic relapse had a serious reaction on Roman culture, for this culture was essentially town-bred, and depended on the stimulus which the political excitement, the commercial activity, and the brisk social intercourse of the municipalities alone could provide. The repeopling of Western Europe with Germanic newcomers also had a detrimental effect, at least for the time being. Not that the German were impervious to Roman civilisation (they were Arian Christians and a bishop of the Goths translated the Bible into Gothic). The very chieftains who set out to plunder the Roman world (they did not plunder just took over) fell under its spell and began to adopt its customs. Ataulf the Goth married a Roman princess (Galla Placidia, daughter of the Emperor Honorius); Stilicho the Vandal became a patron of Roman literature. Indeed in all the countries which they occupied, except Britain, the Germans were eventually absorbed by the native element. On the other hand, the invaders did little to rejuvenate the moribund Roman world, for they were not long in shedding their barbarian vigour with their other primitive qualities. The only notable exception to this rule is provided by the French-Normans, who came last. Besides, the Germans arrived in numbers too great for immediate assimilation. Thus the first effect of their invasions was to dilute still further the anaemic culture of the Roman Empire in the West.

The brightest spot in this gloomy picture lies in the solitude shown by some of the emperors and municipal government on behalf of the schools. It is strange to hear of rulers of the later third and fourth centuries, men of the camp who could quite plausibly have pleaded the general poverty of the times as an excuse for lopping expenditure on education, nevertheless keeping up their contributions to schools and exhorting the cities to do likewise. The torch of learning was also upheld by the Christian clergy. It is true that on the question of mundane knowledge the churchmen held divergent views, but in general their attitude was not unfriendly, and individual prelates in the West, notably Sidonius Apollinaris of Clermont (A.D. 450) and Isidore of Seville (A.D. 600), were among the foremost scholars or writers of their day. Under these conditions the study of Latin literature was kept alive in a number of centres, of which Bordeaux was the most distinguished. In the fourth, fifth and sixth centuries letter-writing and the minor branches of poetry were still cultivated with success, and serious new contributions to Latin literature were made by the panegyrist Claudian (A.D. 400) and the historian Ammianus Marcellinus (A.D. 375). These two authors, curiously enough, were Levantines who took up their abode in Italy.

Yet the surviving centres of learning were but islands in a rising tide of barbarism. Even among scholars a knowledge of Greek, which before A.D. 200 had been widely diffused in the West, was slipping out of use; in mid-fifth century it had become a very rare accomplishment. Moreover, while the scholars kept up the tradition of pure Ciceronianism, the less highly educated allowed their Latin to degenerate into mere patois, in which grammar and syntax were more or less ignored, and pronunciation was denatured with all manner of slurs and twists. By A.D. 450 written Latin was living on as a universal tongue of the learned, but spoken Latin was practically defunct, having been resolved into the diverse local jargons out of which the Romance languages eventually emerged.

The third and following centuries also witnessed the death of classical are in Western Europe. This was a natural consequence of the decay of craftsmanship which we have mentioned in the previous chapter. A partial exception to this rule is offered by the native British pottery, which began about A.D. 250 to replace the failing imports from Gal. On this “Castor ware” the decorative patterns of scrolls and racing animals reveal a new realism. but the promise of this native British was never fulfilled, and in any case it was an isolated phenomenon.

A more serious symptom of decline lay in the general loss of mental vigour which characterised the later centuries of Roman history. Even among the learned and the highly placed there was a progressive decay of the critical faculties. The superstitions which formerly had been relegated to the back-alleys gradually recovered possession of the courts and of the academies. Not only alchemy and astrology, with their colourable imitations of genuine science, but crude beliefs in omens and magic returned into fashion.

Worst of all was the spread of apathy and fatalism, in which we may find the clearest proof of the senile decay that overtook Western Europe. At a time when Christianity was making rapid strides the general lack of a hopeful and courageous outlook on this world, as on the next may appear surprising. Yet explain it how we may, by causes of a physical order, by long-standing habits of political subjection, by a sense of failure arising out of the Germanic invasions, or by any other reason, the fact stands clear that Western Europe had lost the will-power which was the first condition of its own revival. In more recent times Western Europe has successfully emerged from trials greater than the Germanic invasions, from the wars of religion in the sixteenth and seventeenth centuries, and from the Armageddon of 1914-1918; but on these occasions it had the necessary reserves of self-reliance and of the will-to-recover. In the later days of the Roman Empire it fell into pieces, because it could not or would not pull; itself together. 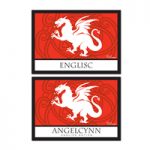 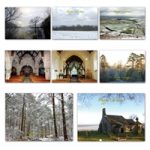 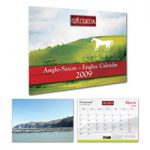