During the first four or five centuries of the Christian era the history of Western Europe makes up into an unusually simple and straightforward tale. At the time in question all those countries of Western Europe whose history is known at all – i.e., the Spanish peninsula, France, Switzerland, Belgium, the Rhineland, and Britain, were included in the Roman Empire. As parts of that empire they had no independent political history and engaged in no seperate alliances or wars. But this is not all. The Roman Empire was not a mere police-state; over and above its primary function of maintaining law and order it was engaged in the diffusion of Roman civilisation, and in this work it nowhere succeeded better than in Western Europe. In consequence of this process of romanisation Western Europe at this stage of its history presents more uniform features then ever before or after. Previous to the Roman conquest it consisted of a congeries of peoples with different languages and customs and several distinct histories; after the break-up of the Roman Empire it fell once more into a state of political and cultural chaos, from which it has not yet wholly emerged. (The European Union is trying to change this to be like the Roman Empire and go beyond the boundaries of the former). Within the period of Roman rule Western Europe forms to all intents and purposes one large nation, sharing a common political and economic life, a common language and literature, art and religion.

For the purpose of the present volume, therefore, the history of Western Europe has no need to be split up into so many seperate regional histories. The most suitable division will be into two equal periods of time, the former extending form A.D. 1 to 325, the latter from A.D. 235 to 455. The fundamental difference between these spans of time is that the earlier one is essentially an age of stability, the latter an age of transition. In the former period the Roman Empire is in process of consolidation, in the latter it gradually breaks up.

Roman Britain, which forms the subject of another volume, will only be considered here in relation to the main current of Roman history. Two other topics which are related to the history of  Western Europe, but require separate treatment, Latin Literature and the early Christian Church, will likewise be mentioned more briefly here than their intrinsic importance might suggest. 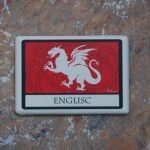 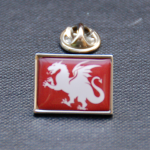 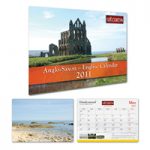